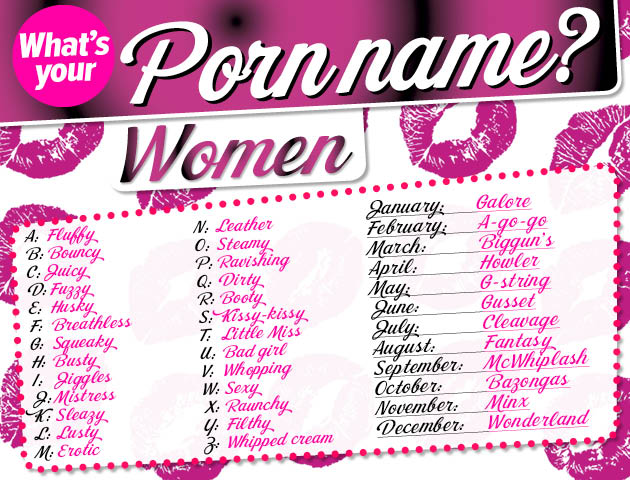 Below are some of the funniest names ever! While some are lucky enough to be born with a nice name, there are some with funny names that for some reason decided not to change it.

Are these adult entertainer’s names clever or just plain silly?